It's been a while.

After the 2016 election, I wrote a few verbose posts here, trying to make sense of the state of America. Then I got into a dumb fight in a Facebook group, alienated some good people, and fell into an unprecedented silence. I wrote a little, in fits and starts. I Tweeted and deleted. A lot. I stopped blogging, stopped submitting, pulled way back from stand-up. I wrote a New Year's post and never followed it up with anything else.

I lost my voice.

Then, I don't know... classic case of "the rules changed," I guess? I watched a bunch of my friends succeed wildly on social media platforms that I could never fully get a handle on. And believe me, I tried! I dedicated plenty of hours to twitching and reloading and re-wording jokes. I spent years launching social media marketing attempts that were really just wild guesses. I lacked discipline. But also, importantly, the nature of the platforms just never aligned with what I want say and how I want say it.

Meanwhile, crises arose in my own life that seemed, and still seem, impossible to write about. They're too painful, and the details are too sensitive and personal to others. My compulsion to write everything out and share it just doesn't apply.

Discourse changed too. The new platforms created a lot more suspicion of challenges to one's beliefs. And that suspicion is correct. Most people now respond to their opponents in bad faith. They're not engaging authentically; they're just performing their own stance. That's different from how it used to be. I don't like it.

Nobody should have to argue with people who disrespect their fundamental rights or question their right to exist. That said, as a queer person and a woman and a child raised primarily in a same-sex household, I've actually done that! A whole bunch of times! And sometimes it's proven fruitful! I don't know if I've changed hearts and minds, but I've managed to engage in real conversations with people who didn't fully consider my humanity, and I've done so without damaging my own psyche. In fact, a lot of what I came up with in my discussions with others actually served to bolster rather than damage my self-esteem.

I always assumed some level of good faith on the part of my "opponents," mostly people who parroted false conventional wisdom or expressed inaccurate, middle-of-the-road, soft, reflexive, or prejudicial views online. I treated them like human beings. And, in so doing, I reinforced my own faith in myself as a whole person, fully entitled to my truth and my story and my perspective and my voice.

That's simply less possible now. Trolls come hard, uninterested in positive outcomes. People are more keen on performing their own politics than engaging in conversation. And there's this baseline assumption that anyone who's not 100% on board with your worldview is your enemy, trying to destroy you. Social media is a cacophony of desperate, rage-filled, despairing, spiteful, lamenting, judgmental voices from all sides. This serves no one except the Silicon Valley billionaires, their advertising clients, and an increasingly reactive news media.

I feel broken apart, disorganized, splintered. And the only thing I know for sure is that I can't Tweet or Facebook or Instagram myself back to wholeness. The algorithm doesn't want me to feel better. The algorithm wants to keep me anxious. It wants me to feel a little left out, constantly a bit behind, but juuuust on the cusp of catching up. It's holding out a false promise to my psyche, and I keep falling for it. Every day.

Recently, I worked as a contributing playwright on a piece called Feed that will be performed at this year's Edinburgh Fringe. It's about how the advertising- and algorithm-driven attention economy distorts and harms us all, eating away at our relationships and flattening our complex humanity in its quest to addict us and capture our minds. It's a critique of the technology that traps us all in "a race to the bottom of the brainstem," as Tristan Harris calls it.

But expressing myself and writing about what I think have always been a core part of who I am and what I require to be me. And I hold out hope that the internet is still a place where I can do that without having to react, bait others, bite my tongue, perform righteousness, or count fucking likes.

A place where discourse is free. As in beer. And as in speech.

So, I'm reviving this blog. Stay tuned for a polemic on punishment culture and what we can all do to escape it.

Maybe you'll read it. Maybe others will too. Maybe people will see. But I don't care either way. 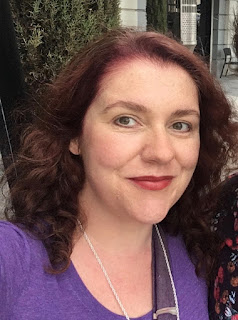