how (not) to talk to the artist in your life

Here is a thing I hear a lot: "You're so brave. I could never do what you do." Maybe that's because so many people are afraid of public speaking, or perhaps it's because of the open-ended professional ambiguity that comes along with what I do.

Here is what I do: I tell jokes, and I write. I do not disarm bombs. I do not travel to war zones and provide medical care. I do not raise a child with special needs. I just say stuff and type stuff. I deserve no medals. I deserve negative medals. I should be the one giving out medals to the people who listen to and read what I say and type.

Here is one for you: 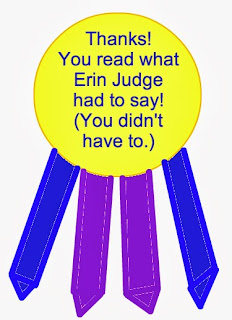 Still, I've noticed that a lot of people who genuinely wish the best for their creative loved ones make some common mistakes in talking to us. This post is an attempt to clear those up with a few simple DOs and DON'Ts.

1. Don't ask actors if they got the part after every audition. Auditioning for a commercial or a TV series is not like applying for a job. Even if you get the audition, which seems like the equivalent of an interview, you are still statistically very unlikely to book the part. A lot of actors' family members are used to their little Sarah Bernhardt landing the lead role in every high school and college production. In the real world of professional acting, it is not like that. In fact, don't even expect to hear about every audition your loved one goes out on. When they book something, they will let you know.

2. Don't ask, "How's the book going?" Have you ever seen The Shining? Why that film didn't permanently terrify that question right out of everybody's mouth is a mystery to me. And even after a book is written, there are an awful lot of revisions and steps and potential heartaches left to endure before it hits the shelves... if, in the brave new world of publishing, it ever even gets there.

3a. Do say, "I liked that thing you posted online!" If you want to be supportive, following your loved one's independent projects is a great way to bolster them. Putting things up on the internet allows us to showcase our work and to guarantee that something we make or write or draw or produce will see the light of day. So yes! Absorb, react, share!

3b. But don't say "I liked that little YouTube thing!" if your loved one is producing a real web series. A lot of creative people's first breaks these days come in the form of professional blogging jobs or commissioned web series like the ones from Comedy Central Studios. Those types of gigs are significant professional successes and should be acknowledged as such. Ditto something somebody raises a ton of money for and spends a ton of time producing on their own. Caitlin Graham's No Method series is a great example of a serious high-production-value independent endeavor. (It's also very funny and a great way to learn more about the topic of this very blog post!)

4. Don't say, "You know what you should do is..." Because you probably don't know. For some reason, a whole lot of people think they're especially knowledgable about the creative arts and entertainment industries. But most of the advice I've received from non-industry folks over the years would be the equivalent of telling a teacher to try assigning some homework, or telling a lawyer to try flashing her tits at the jury. It's either rudimentary or outlandish. (If one more person suggests I ask Ellen DeGeneres to help me with my stand-up career, I'm gonna flip a table.) Unless show business is your business, don't just make random suggestions.

5. Don't say, "Hey, if this doesn't work out, you can always..." The very best way to decrease the likelihood of your loved one's success in the creative arts is by encouraging them to quit. If you find yourself reaching for words of consolation, ask yourself if the person you're talking to has actually failed at anything, or if failure is something you and your own desire for control are anxiously projecting upon them.

If you are the parent of a 20-something pursuing a career in the arts or entertainment, the best thing you can do for your kid is to figure out a way to deal with your own fear. You hurt when your kid faces rejection, but seeing you in pain does nothing to help him or her succeed. Maybe you want your child to find stability, but stability might not be as important to that kid as his or her creative endeavors. It's hard for a lot of people to understand or even imagine, but that doesn't make it crazy or unreasonable or ill-conceived or doomed.

I'm lucky to have incredibly supportive family members and friends, and it breaks my heart to watch other creative people struggling to explain themselves to skeptical loved ones. The artist in your life might be heading down a more difficult and confusing path than the one you would've chosen for them, but at this point it's simply not up to you. Be generous with love and encouragement, and try listening instead of telling them what to do. And have patience. Don't demand constant updates or sit on the edge of your seat waiting for good news.

Successes and "big breaks" aren't the real juice anyway. For those of us who make or write or draw or say stuff, the liberation we feel when we flow with creativity is what motivates us and keeps us going.

I bet there's something like that in your life, too.