As a feminist, I hereby blog that all unicorn jokes are terrible and should be banned. Unicorn jokes tacitly condone extra-appendage-based discrimination, uphold the false unicorn-nonicorn binary, and create a culture of beige that alienates rainbow-born and rainbow-identified individuals. Finally, and most damningly, unicorn jokes are problematic. Some feminist bloggers might even go so far as to call them very problematic.

I've been to at least five stand-up comedy shows ever. Given my expertise, I will now explain what is funny:

1. Personal stories about male ineptitude and general bafflement in the realm of parenting

2. Enlightened post-racial racial humor from and only from members of racial and ethnic minorities

Most comedians who tell unicorn jokes aren't unicorns themselves, and many have never even spoken to an out unicorn. They're ignorant, and they don't even consider the scores of potential unicorns in the audience. Cryptostatisticians believe that at least 1 in 32 and perhaps as many as 1 in 16 people walking around is actually a unicorn wearing a magical human suit. Presumably accurate, these stats could explain such phenomena as ice dancing, bisexuality, and the continued popularity of Cupcake Wars.

Traditionally, a non-unicorn animal of a similar taxonomy is called a "horse," and overuse of this default term constructs a widely-accepted baseline of non-horned horse hegemony.  "A horse is a horse, of course, of course." Or is it? Not when we dig deeper. Cryptoobstetricians believe that many horses are born unicorn, but the delivering veterinarian lops off the horn without telling the parents so as to spare them the "mythological stigma." If we allowed them to flourish, our planet would be dotted with unicorns as well as binicorns, trinicorns, etc. Instead, we mutilate them in the service of the non-horned horse hegemony, or we force them underground.

So in conclusion, as a feminist, I hereby blog that unicorn jokes are unacceptable and nobody should ever tell them. This entry is binding by my power as a feminist blogger, which is the very top level of the American social hierarchy, above bankers and politicians and the NSA and corporations and mainstream media columnists and television executives. Feminist bloggers want to control you, and we definitely have tons and tons and tons of power, so you must respect my unchecked authority and never, ever, ever write a unicorn joke and tell it when you work with Erin Judge. Never. Never ever ever. 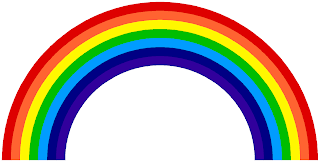